If you Look underneath the Bakelite Handset, halfway between the earpiece and the mouthpiece, you should look for the following markings.

Again I believe you should look for, and avoid bakelite telephones with the following markings on the underside of the Bakelite Handset.

At one end of the scale are the "Genuine Bakelite" telephones made in Indian these are of particularly poor quality when compared to the original British versions. The main reason for this is that ITI (Indian Telephone Industries) made these Bakelite telephones to a cost, out of cheaper materials and to a cheaper design for the local mass market in India. However at the other end of the scale AWA (made in Australia) telephones are of equal quality to there British counterparts, its just that UK collectors are not as keen to obtain them. In the middle the Israel (Telrad) and Portuguese (AEP) telephones are reasonable quality, however the AEP telephones often have slightly different cases and markings making them far less collectable on the British market. As an example for some unknown reason the bakelite handsets on the AEP telephones are not as good as there British counterparts.
at March 22, 2012

Over the years many people have asked me for a simple explanation of the difference between the old rotary dial "pulse Dialling" a... 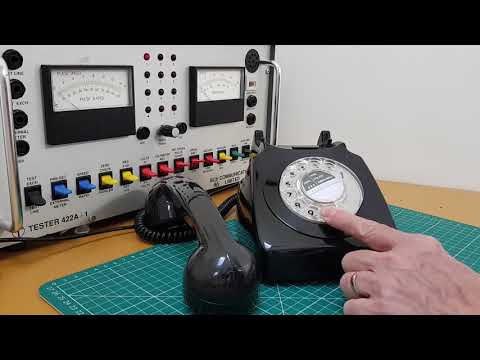